Brush up on your ‘Saffa’ Surfing Terms and Surfer Lingo

We’ve had the privilege of showing surfers from other parts of the world our slice of surfing heaven for a while now. It’s been a heck of a good time. One of the things our guests comment on or ask about regularly is the South African surfing terms they hear their guide use. Some ask out of curiosity, and others ask because they just can’t understand what the f*#k the guy is saying.

I guess every part of the world has its own unique surfing language or surfer lingo that is used in their local surfing culture. South Africans definitely do, that’s for sure.

We didn’t really realize that we were even doing it- until so many of our guests called us out on it. When we shout things like ; ‘Ya, no, lekker bru! Check you now now. It’s barreling off its tits.’ – it’s only natural that first-timers need a bit of an explanation. That’s why we decided to put together a quick list of the most popular South African surfing terms and surfer lingo. This will help minimize confusion when you arrive, and give you a chance to brush up on your Saffa surf talk before your surf holiday.

Quite a few of these ‘surfer words’ stem from the Afrikaans language. Afrikaans is one of South Africa’s official languages, and a large part of the population uses it as their first or second language. Chances are, your surf guide will be able to speak Afrikaans, if you’re using South Africa Surf Tours as your surf guide.

Fun fact: There are 11 officially recognized languages in South Africa, most of which are only spoken here. Don’t worry though, English is spoken wherever you go, and all of our signs are in English.

Hi or hey. One of the more popular surfing terms used to greet each other.

Feeling of excitement or stoke. A.K.A: “frothing”.

A middle-aged or old man. Usually someone’s dad. “Is your ballie coming with on the surf trip, bru?” Side note, we LOVE a ballie that froths on surfing.

A surf spot where the waves break on sand or the beach.

Warm wind that comes from the land towards the ocean, usually from a northeasterly direction. This wind means good waves, especially if you know where to look.

Not surf-related, but you’ll definitely hear this word on your trip. It’s dried raw meat, typically beef or game cured and dried with spices such as salt, pepper, chilli, coriander etc. Biltong is delicious, and a must-try on your Saffa surf trip.

To be upset or disappointed. Hopefully not an emotion you’ll be experiencing on your surf trip with us.

Farmer’s sausage – spiced & usually prepared on a braai (traditional South African BBQ). We generally eat it on a roll in a hotdog-style, and call it a ‘boerie roll’.

Big wave – “There are some bombs out there, man.”

Friend, mate, acquaintance, or someone you’ve forgotten the name of.

When a strong southeasterly wind blows in Summer. This wind covers Table Mountain with clouds (AKA a table cloth). This kind of wind generally blows for a few days , and helps blow the pollution away. That’s where the name ‘Cape Doctor’ came from. AKA: Southeaster.

Thick, fat, big, or very. Can be used when describing the size or thickness of a wave. Could also mean being full after eating a lot, “I’m dik gevreet” meaning “I ate far too much.” 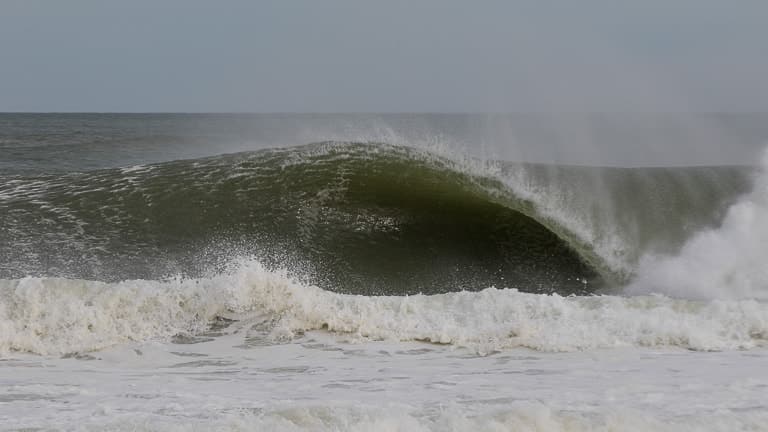 To sleep. “I’m going to doss hard tonight after surfing all day.”

Dazed. To be in a dream-like state. “You’re in a dwaal after yesterday’s full day of surf.”

A lot. Extreme. Annoying. “That guy was full-on.”

Fed up or tired. Sick of. “He was gatvol of sitting in front of a computer all day instead of surfing”

A surfing term used for a shark.

This one is pretty important. It confuses a lot of our guests. South African time is a little different to the rest of the world. Thegoodthingsguy explains it better than we ever could in this article.

If a South African tells you they will do something “just now”, they mean they’ll do it in the near future – not immediately, as in, “I’ll do the dishes just now.”

Realistically its an unknown amount of time… could refer to a few minutes, tomorrow or never.”

A term widely used in South African conversations relating to the period of time which will elapse before the given task, time or opportunity will present itself.

The actual word is derived from the Afrikaans ”nou-nou” (which can be used both in future- and immediate past-tense) idiomatically used to mean soon (sooner than just now in South Africa, but similar to just now in the United Kingdom).

It’s more immediate than Now, but still may never happen.”

Shit. We use the term ‘not kak’ a lot, which directly translated from Afrikaans means ‘not shit’.

A person who thinks he can surf better than he/she actually can. Talks a big game, but doesn’t deliver on the performance front. Here’s Surfer Today’s article on how to spot a kook when surfing.

Nice, good, attractive, tasty – pretty much any positive adjective can be replaced with ‘lekker’. This surfing term is used very regularly in South Africa.

A young person. The opposite of a ballie.

Man in the grey suit

Hassle or pain in the rear.

Food or snacks that you eat when you’re on a road trip. Directly translated to “road food”.

To chill or hang out. Sit down and relax. 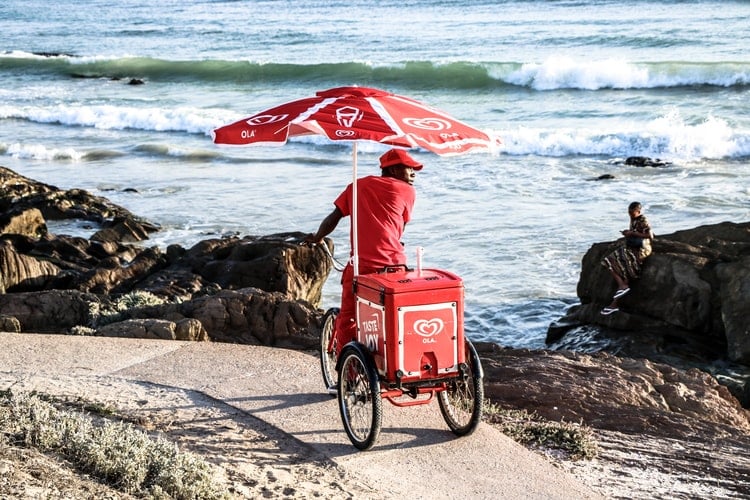 Female genitalia or a disliked person. Used in the same way as c*nt is used in Australia and other countries.

When the waves are very good or all-time. “Jeffreys Bay is pumping!”

To surf well, or to shred/ tear.

This one confuses our guests every time. We use the word “robot” instead of traffic light. Why? Who knows man. 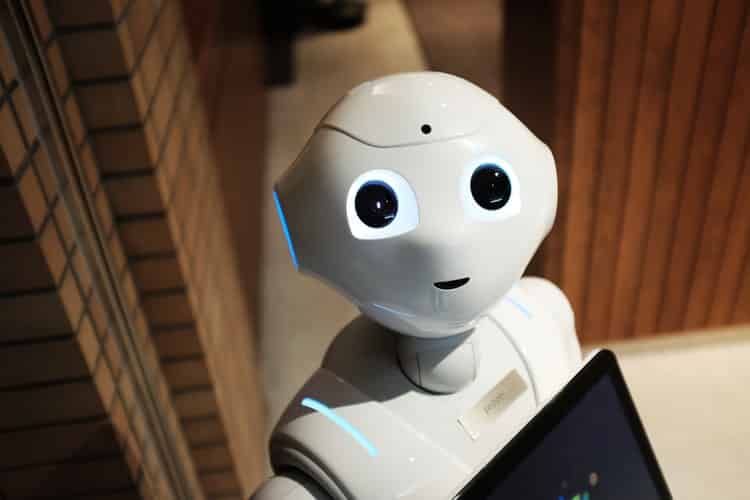 To get good waves. Something you’ll be doing a lot of when surfing South Africa.

Showing sympathy, or when you find something cute. “Shame, that’s not cool.” Or “Shame that’s such a sweet thing to do.”

The opposite of scoring. To go somewhere in search of good surf, and the conditions are kak. The bigger the mission, the bigger the skunking. “We got skunked last week at Llands.”

To talk or tell someone something.

To go somewhere or to leave.

An expression of excitement/ joy/ stoke/ froth when the surf is good. 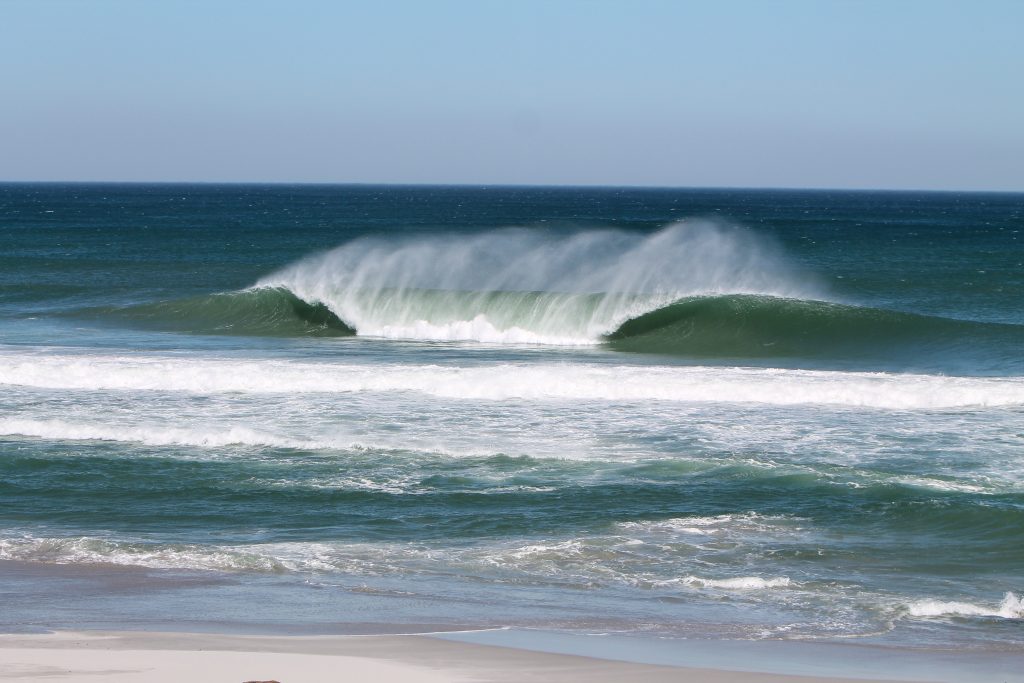 Now that you’ve got a better understanding of our surfer lingo, it’s time to get yourself over to South Africa and test your new Saffa surfing terms. Come on, it’ll be a jol.

We love hearing from you. Whether you're ready to book your trip, or just browsing. Get in touch with us today.
[contact-form-7 404 "Not Found"]
0Shares
PrevNext