Surfing History of South Africa: From Heather to Jordy

Ever wondered about the history of surfing in South Africa? It’s got to be an interesting story, right? Right! Saffas have been pushing surfing boundaries since 1910, and continue to impact the international surfing scene today. Our team put together a quick glimpse down memory lane to see how the board riding sport has evolved in South Africa, and how surfing in Africa has grown over the years.

In 1910 the surf craft was starting to gain popularity in Muizenburg, increasing its international surfing appeal. Muizenburg is widely considered to be the birthplace of surfing in South Africa. In 1918, the Cape Peninsula Publicity Association brochure had the following to say about the local vibe:

“In the Paciﬁc the islanders have made it an art. At the Cape it has become a cult. The wild exhilaration is infectious. It steadies the nerves, exercises the muscles and makes the enthusiast clear headed and clear eyed.”

At this stage it was still all wooden belly boards, but things changed when WWI veterans returned from their travels in Hawaii and designed their own versions of the timber watertight boards they had seen on Waikiki Beach.

The first reported stand-up surfer was Zimbabwean-born Heather Price. Whilst holidaying in Cape Town in 1919, she reportedly borrowed a board from two American Marines. The two men had solid-wood, Hawaiian style surfboards and were kind enough to introduce Heather to stand-up wave riding. Little did Heather know, she was about to make surfing history.

The guys up in Natal were also doing things their way by designing boards that would assist lifesavers. South African swimming coach, Alec Bully of the Durban Surf and Life Saving Club went to Sydney. When he returned, he made sketches of the “water-ski” boards that lifesavers in the Australian surf scene were using. With the help of Fred Crocker, he turned this design into the ideal wave riding craft. 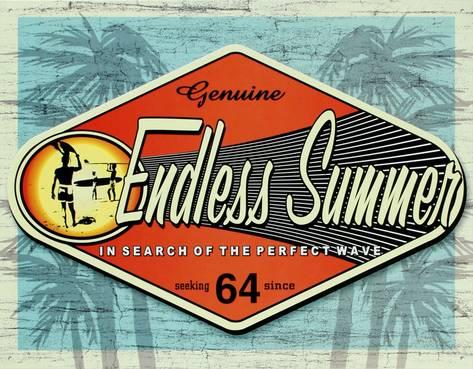 The Hippy Era and Surfing History in Africa

The splendour of the 60s and 70s saw the rise of hippy culture and the growth of board riding as an international way of life. The film ‘The Endless Summer‘ showcased South Africa as a surfer’s paradise for those who wanted to chase swell and ride waves all year long. By 1965, the South African Surfing Association was formed and international competitions were putting JBay and St Francis officially on the map as world surf destinations.

The 1976 documentary entitled ‘Bustin Down the Door’, showcased a group of South Africans and Australians who risked it all to transform surf culture with their radical approach and brazen colonial attitudes.

“During the winter of 1975 in Hawaii, surfing was shaken to its core. A group of young surfers from Australia and South Africa sacrificed everything and put it all on the line to create a sport, a culture, and an industry that is today worth billions of dollars and has captured the imagination of the world. With a radical new approach and a brash colonial attitude, these surfers crashed headlong into a culture that was not ready for revolution. Surfing was never to be the same again.” Written by Dan Schreiber, resourced from IMDB.

South Africa has been the proud home of over 30 international surfing champions. That’s not even including the bodyboarders and long-boarders. Unfortunately, South Africa’s divided past has meant that beaches weren’t always open to every race.

But, that didn’t stop the Zulu legends who bravely defied the system since the sixties and contributed phenomenally to the inclusivity of the sport and surfing culture in South Africa. Today, Black South Africans are still destroying stereotypes as a new generation of South African surfers are dominating the waters in the modern surf scene and making surf history.

With variety like nowhere else, and a near-guarantee of waves somewhere on the coastline at any given time, the future of surfing in South Africa is looking pretty incredible. We’re beyond stoked to be a part of it! For your inside guide to the best surfing in Africa, get in touch with us on the contact form below. South Africa Surf Tours specialises in guided surf trips in South Africa and Namibia.

Whether you're just browsing, or ready to book your surf holiday in South Africa, we'd love to hear from you.
0Shares
PrevNext