You may have heard the term ‘surfari’ come up in conversation recently. ‘The surfaris‘ where a famous American rock band formed in California is 1962. The latest definition of surfaris, however, will be a little harder to find in Cali. In fact, Californian surfers are flocking to all over Africa in search of the (latest) surfaris.

A journey made by surfers in search of good conditions for surfing or to visit several beaches suitable for surfing.

Seems pretty straight forward. A surfari is a surf mission, with the end goal of finding pumping waves. In South Africa, however, the term surfari takes on a slightly elevated definition.

Here, we refer to surfaris as a combination of surfing and a surfari. It’s a holiday that encompasses both waves and wildlife. It’s a surf trip like none other, a chance to experience Africa’s most impressive animal life, between surf sessions at a variety of waves for any surfing ability.

When you type the term ‘surfari’ into Google, you’ll also find that it is the name of  a very well known surf or backpackers style resort located in Victoria Bay on the garden route of South Africa. Fitting the name perfectly, it is owned by the Buitendagt family who’s daughter, Bianca is currently on the World Surf League and has been ranked in the top 24 women surfers for the past 2 years. This is just one of many options for suitable accommodation on your South African surf trip.

Why Are Surfaris Growing in Popularity?

The number of people searching for the term surfari on Google has increased dramatically recently. With the idea of a surf holiday that encompasses both pumping waves, and the chance to see some of the world’s most impressive animals in their natural habitat growing in popularity.

Instagram posts featuring surfers enjoying encounters with Giraffes, Lions, Elephants, Rhinos, Zebras and more have popped up across the feeds of surf enthusiasts across the world. With the global shift where people are placing more emphasis on experiences than material things- a safari is high up on the bucket list of ultimate experiences for any surfer. 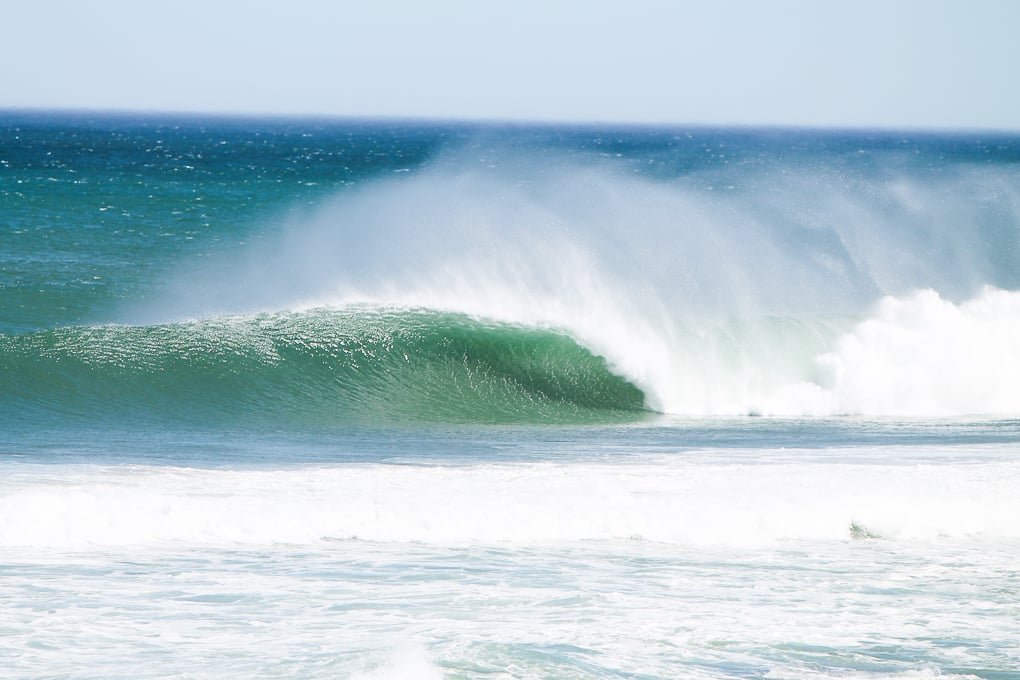 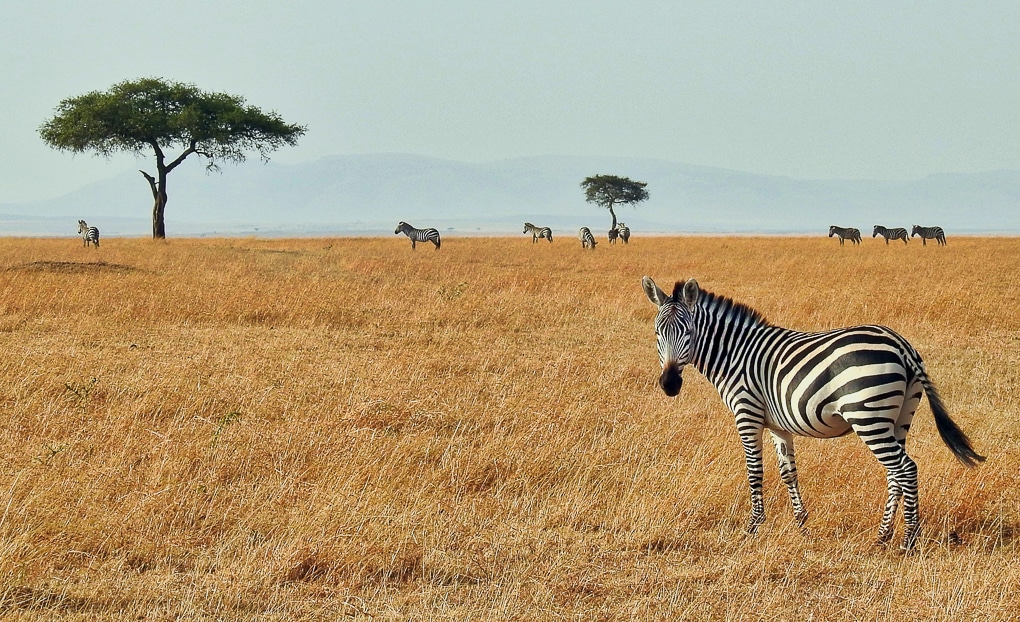 Where Is The Best Destination For A Surfari?

Now, we might be a little bias on this front, but we’re going to go ahead and claim that South Africa is the best place for a surf and safari holiday. Why?

With the exchange rate in just about ANY foreign visitor’s favour, South Africa makes for one heck of an affordable surf trip. Our government’s mismanagement of our country means our currency is comparatively weaker than most other international currencies. That means you get more bang for your buck. You’ll be able to experience more than other, more expensive countries.

Just an hour’s drive from Port Elizabeth, this malaria-free park offers a variety of game viewing and is the third largest in South Africa.

The Kruger National Park is possibly the most popular safari spot in South Africa, as well one of the largest in the world. At nearly two million hectares, the park offers visitors a diverse collection of animal species. These species include the Big Five, as well as diverse vegetation throughout.

Madikwe is a Big Five game reserve situated 90 kilometres north of Zeerust, against the Botswana border close to the Kalahari Desert. Covering approximately 60,000 hectares, it is the fifth largest game reserve in South Africa.

Pilanesberg National Park is the fourth largest within South Africa, covering approximately 55,000 hectares. This malaria-free park is set on the eroded remnants of an alkaline volcanic crater – one of only three in the world – and only three hour’s drive from Johannesburg.

Sabi Sands Game Reserve is undoubtedly the most exclusive private game reserve in South Africa. The 65,000-hectare game reserve is located on the south-western corner of the Kruger National Park. There are no restricting fences between the two parks, meaning wildlife roam freely.

Most larger game reserves are inland, but can be worked into a longer South African surf trip quite easily. There are many other wildlife parks and reserves that are located closer to the coast, and offer equally incredible opportunities to get up close and personal with South Africa’s wildlife. Some of our favourite reserves include:

Offering big 5 safaris two hours from Cape Town, makes it easy for you no matter what your time constraints are. They offer half day, full day and overnight safari package options, perfect for a Cape Town based surf trip.

Situated in the heart of the West Coast, an hour away from Cape Town, you’ll find Buffelsfontein Game & Nature Reserve. This 1600 ha family owned reserve is home to some of Africa’s greats such as Lion, Buffalo, White Rhino and Giraffe.

Ethosha National Park is the gateway to Northern Namibia and Ovamboland. It is Namibia’s prime wildlife location and home to a large variety of mammals and birds. Etosha means the ‘ great white area ‘ this refers to large dried pan in the middle of the Etosha Park. We love including Ethosha in our Skeleton Bay surf trips.

South Africa is world-renowned for its variety of pumping, uncrowded and consistent waves. With well-known waves like Jeffrey’s Bay, Elands Bay, and of course- Skeleton Bay in Namibia, there is no shortage when it comes to waves on the southern tip of Africa. The South West region of South Africa produces consistent high quality waves all year round. The East Coast is slightly less consistent and more season dependent. But, if you know where to go, you will score any type of wave that your heart desires. 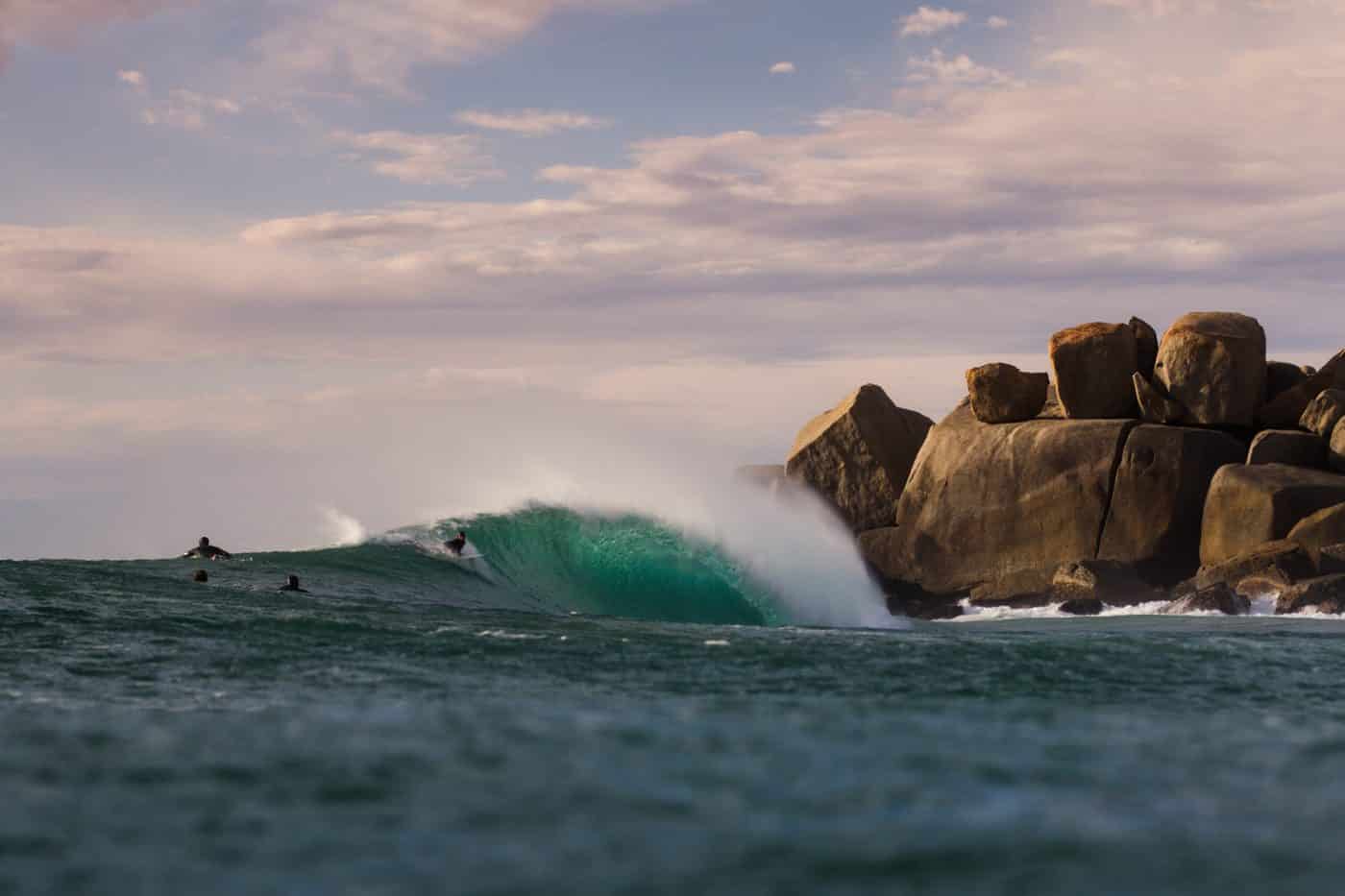 Back to surf travel blog

We love hearing from you. Whether you're ready to book your trip, or just browsing. Get in touch with us today.
0Shares
PrevNext